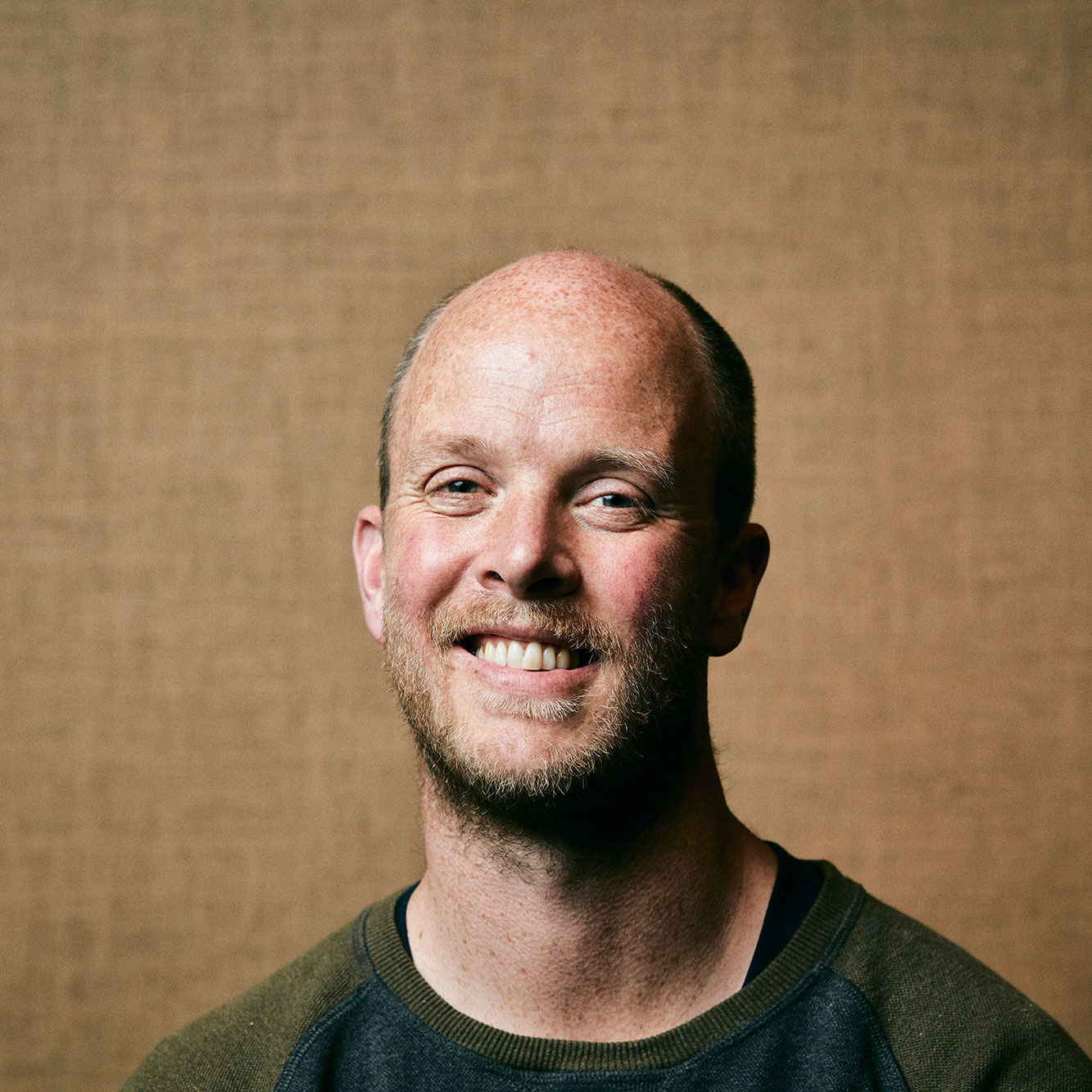 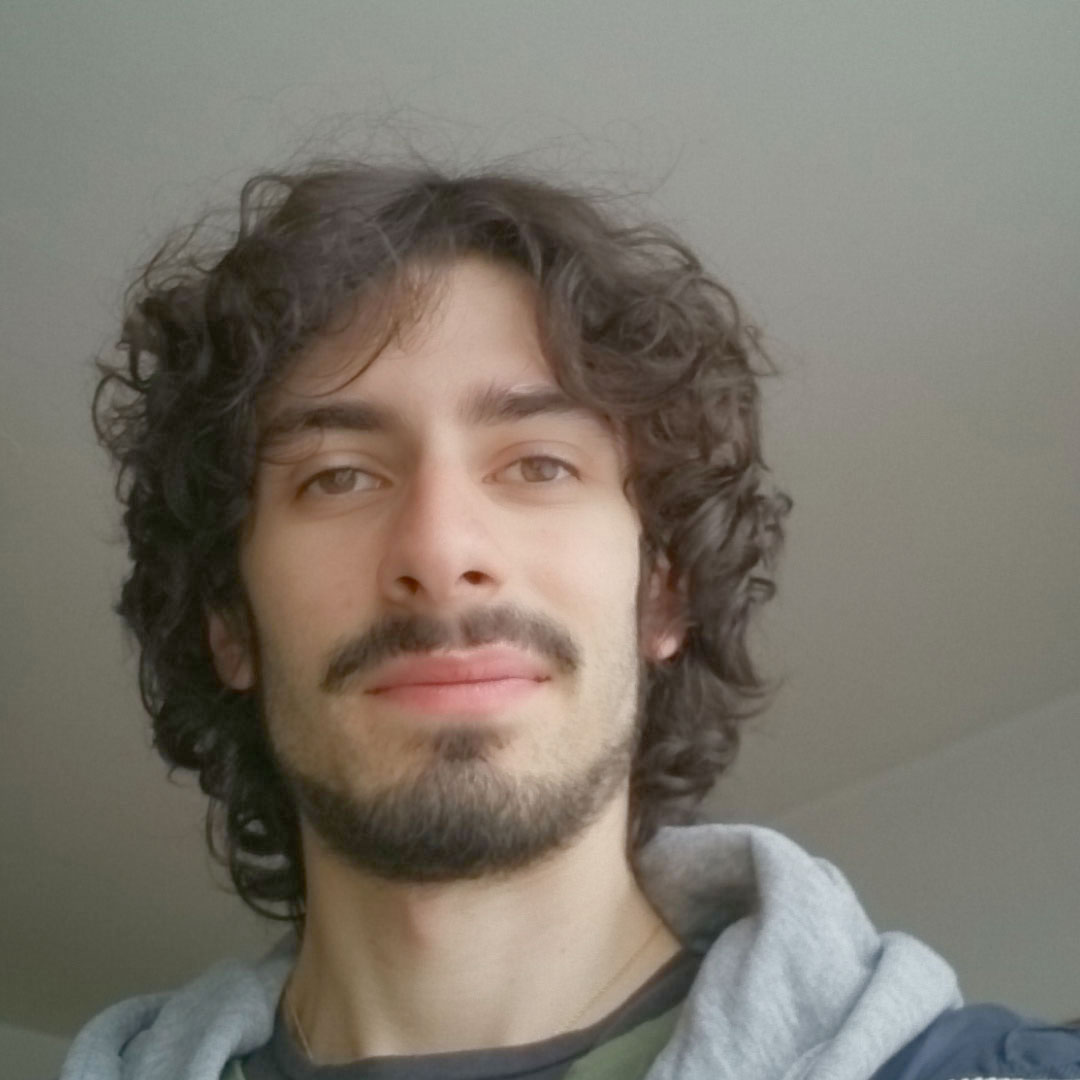 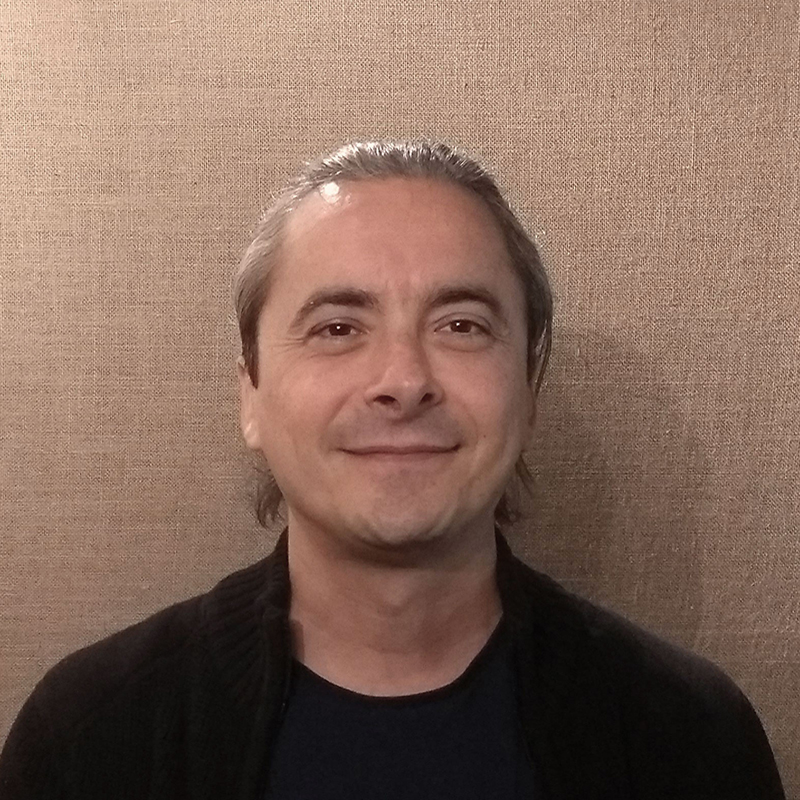 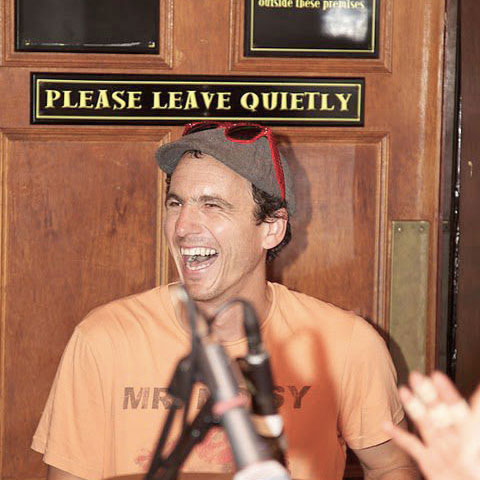 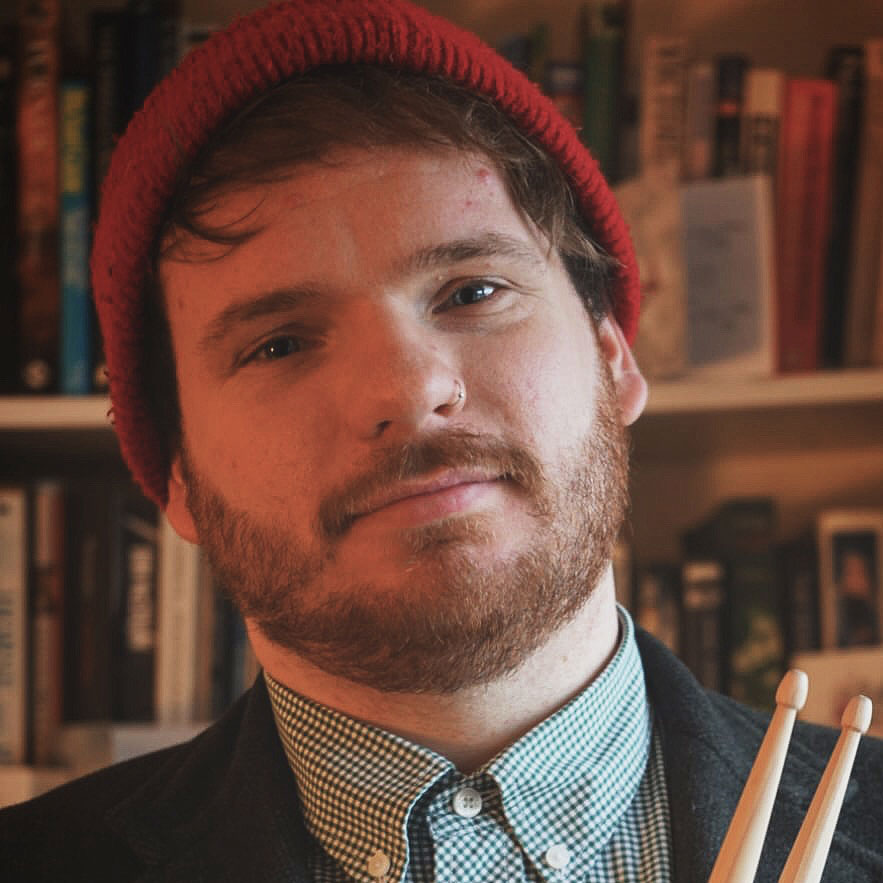 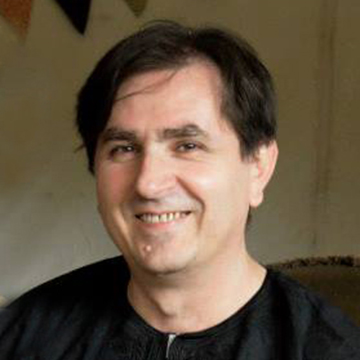 Joe de Berker founded Rhythm Instinct in 2004 with a vision of creating a teaching practise of tutors who focused on building student's creative instincts not just turning out well trained clones, this was heavily influenced by his years spent studying and teaching martial arts.

He welcomes all new enquiries, and is in charge of timetabling, keeping law and order, and generally 'running the show'

Joe has been playing the Drum Kit for over 30 years, teaching for over 13. Taking student's from grades 1-8 on Drum Kit using both the Rockschool and Trinity syllabuses. He runs group Drumming workshops for both schools and businesses teaching traditional West African rhythms and arrangements with a twist. During his time drumming he has studied with many great teachers on both Drum Kit, West African drums such as Djembe and Dunduns and more recently Cuban percussion including Congas and Timbales.

Joe has played in Brass and Wind bands, theatre productions and a number of bands playing a variety of music including Latin/Jazz/Hip hop/Drum & Bass, and Rock.

As well as music Joe enjoys cooking, eating, cycling, swimming and being around positive enthusiastic people. He is DBS checked.

Matt lives in Bristol and has been teaching for over 8 years. He aims to encourage and equip students with the skills and confidence needed to express their own creativity.

Matt has a wide range of musical skills and enjoys incorporating his own Bass and Guitar playing into his Drum Kit lessons. Matt began playing drums at age 13 and since then has toured throughout Europe. He has recorded and performed with artists such as Rodriguez (searching for Sugarcane), Marc Ford (The Black Crowes), Pee Wee Ellis, Get The Blessing, Phantom Limb, Lillian Boutte, Andy Sheppard and many more.

Matt is currently performing and composing for his original projects Dakhla Brass and Sefrial as well as playing with lots of projects across Bristol and the UK.

Paolo is an Italian Bristol based session drummer who moved to Bristol in 2012. He aspires to give students all the skills they need to be the best drummer they can be, stretching their creativity, imagination and musicality.

Paolo started playing at the age of 5. Soon after he turned 10 his father exposed him to jazz music by taking him to the Thelonious Monk Music Accademy of Campobasso, which he attended for 9 years. Paolo began playing professionally aged 14. He is now in high demand for his jazz drumming. playing with Bristol Afro-beat band Mankala, Empyreal 4TeT, Ibou Tall and Jazzmates, and The Bristol European Jazz Ensemble. Some of his favourite drummers are Phil Collins, Steve Gadd, Brian Blade and Elvin Jones. Paolo is DBS checked.

Roberto received a Master's degree in classical Piano at the Conservatory of Salerno in Italy and studied at one of the oldest private music school in Naples ( Liceo Musicale Cesi Marciano).

He has taught Drum Kit, Piano and Music Theory since 2010 to students of varying ages and abilities.

Working as a Pianist from 1998 and 2008 he then decided to focus his career as a drummer. Roberto played for many agencies in Italy, travelled around the world for MSC cruises before moving to Bristol in 2013.

Roberto is active in the local music scene playing in various musical projects, mainly as a jazz drummer, and alongside musicians such as Jim Blomfield amongst others.

Roberto aims to give to all of his students solid fundamentals and all the necessary skills to develop creativity and music knowledge.

Justin first began playing the drum kit aged 16. Having played for a number of years in various bands performing rock and pop classics he began to learn about the history of African percussion while reading 'Drumming at the edge of magic' by Mickey Hart who discussed the creation of the modern drum kit and how it had come about due to the confiscation of traditional instruments. With no recourse other than to cobble together instruments from what was available, African musicians created Jazz, Soul, Rock, Blues and later Reggae, Hip Hop, Pop and modern dance music.

Justin plays and studies West African drumming and leads drum workshops and rhythm based events as well as appearing as a percussionist in several bands. He has worked professionally since 2001 as a drum teacher/workshop facilitator/performer and enjoys sharing his knowledge with those who are keen to learn. He take great pride and pleasure in seeing a room full of people dancing and having a good time. Some of his favourite drummers include David Garibaldi, Billy Cobham, Steve Gadd, Carter Beauford, Tony Allen and John Bonham. In his spare time Justin likes to walk in nature, read, play board games, meditate, hang out with friends and go camping in the summer.

James is a professional drummer from London who has been living in Bristol since 2010. Teaching drums since 2015, James combines musicality, creativity and subtle elements of technique where necessary to allow students to learn and develop concepts by themselves with lessons functioning as a launchpad for inspiration.

Having studied a Mathematics & Computer Science Masters at Bristol University James has also worked as a teaching assistant in maths classes from years 7 to 11. This experience culminated in James giving a lesson on the maths behind Google’s search engine to year 8 classes which was widely praised by both staff and students.

James started playing drums age 11 and currently performs and records across the world with his own projects, and has been featured in NME, BBC and more.

James Fuke is a professional drummer from Devon who now resides in the city of Bristol. Tutoring since finishing his music degree in 2015, James has refined his unique teaching style, he enjoys taking time to tailor his lesson's specificaly to his students’ needs and helping their musical creativity.

Aside from playing drums, James enjoys composition, using his other skills as a guitarist and pianist to further inform his musicality. Since starting drums at secondary school, James has toured both the U.K. and Europe performing in various original projects.

As well as music, James enjoys walking, watching films and attempting to cook. James has a full DBS check.

Tom is a pro Drummer and Percussionist with experience performing, recording and teaching. He loves teaching future musicians and is interested in all styles of music and loves to learn. He's been playing the drums since the age of twelve, turned pro at the age of twenty.

Tom teaches at the British Institute of Modern Music (BIMM) on a regular basis teaching Theory, Styles and Techniques/ Live Music Performance, he is also a fully qualified Yamaha tutor.

Stefano is an experienced drummer/musician/composer and has been facilitating West Africa drumming workshops for several years, for both adults and children.

Stefano has received West African drumming training and education over the last two decades from some of the greatest current exponents of West African traditional and contemporary music, such as Seckou Keita, Mamady Keita, Iya Sako and Nansady Keita, to mention but a few.

Stefano is also an accomplished Kora and N’Goni player (a 22-stringed West African harp, and a 7-stringed precursor to the Banjo, respectively). He collaborates with several talented musicians and projects, and performed at many UK music festivals and venues, including: WOMAD, Shambala, Glastonbury and many more. Stefano is Enhanced DBS checked.